About to head out for a (music) writing retreat with a friend for a new project we're working on and I realized that my poor modular only has that one VCO and a few half-assed utility modules made from old TE parts. Not super useful for writing full songs or arranging live setups to play those songs.

And so began the great emptying of my wallet, Sept 2020 edition. I need drums, right?! So I grabbed a Boubou from Quanalog (oh hey this guy is really awesome I traded some emails with him, give his stuff a look!).

Well, shit. Now I don't have enough mixing/vca modules to handle all the outputs from the Boubou and my VCO (The Bateleur). AND I just dropped a good amount of my "budget" on these new hawt drums.

So I went off searching for a cheap(ish) vca/mixer and ended up finding this super metal, super slim 6 channel option from Zlob called The VnIcural

Look at this thing! 6 channel analogue 8hp goodness. $270 was still a little more than I wanted to spend, but it's hard to ignore the value here.

Zlob sells these as kits! That drops the price to $180 for a full kit – which is starting to feel more excusable for my spending.

There was also a BOM provided by Zlob and an option to just order the VnIcursal faceplate and PCB. After spending some time finding all the right parts from a combination of Mouser, Digikey, and Zlob themselves, I had a final price.

so about $120! Honestly I could have done a lot better if I spent time really finding the lowest price for every component but doing that would have likely extended the shipping time as I would probably have to opt for a lot of over-seas shipping for cheaper parts. Seeing as I want to try and fast-track this for a writing retreat coming up in a week and a half, that wasn't a risk I wanted to take.

Once the parts arrived it was time to start building. Luckily Zlob has great pictures of the build process on the product page, so I just have to follow those very carefully. It's worth noting that they themselves don't suggest taking this project on, as it is supposed to be a rather difficult and tight soldering job, but I'm just the kind of idiot to blow past that warning.

from Zlob themselves on a MuffWiggler post about the module:

...someone already mentioned the build difficulty, and i will follow up by repeating that it is a hard, time consuming build, with quite a bit of room for error. and not suggested especially for a second build. it is probably one of the densest through hole builds in the eurorack market.

I wasn't perturbed initially -- though I was slightly humbled when the PCB finally showed up and I got to see how tight everything would need to be.

That just isn't enough to quiet my arrogance, however. So I just started at it, blowing through the top PCB pretty quickly and attaching the faceplate 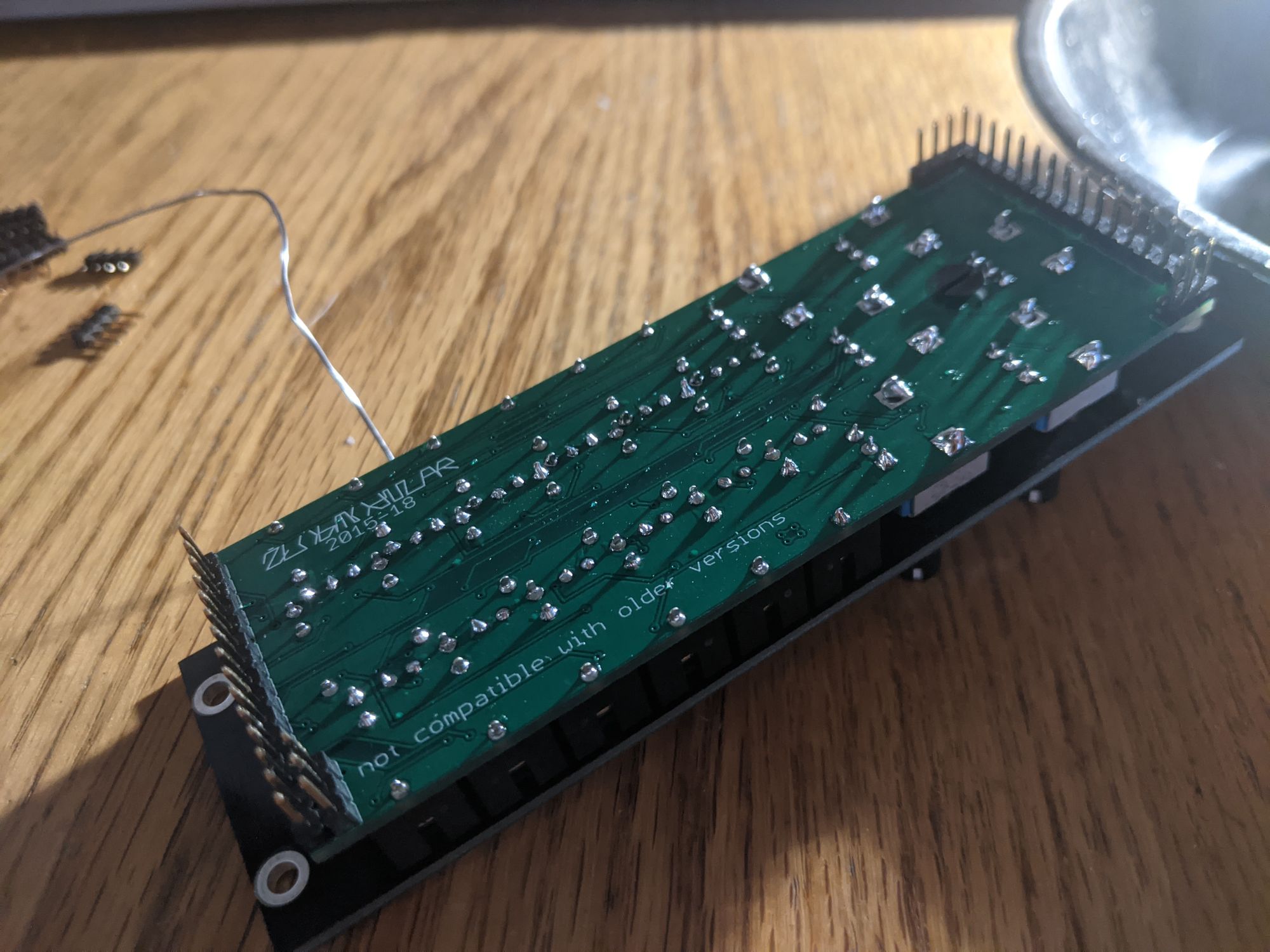 The bottom PCB (first PCB picture) took much more care and time but honestly wasn't too bad if you're good with a soldering iron. I got it together in a few hours, calibrated, and it was ready to go!

I finished one day before I had to leave for our writing vacation and I'm super happy to say that we got a ton of use out of the entire modular because of this addition. I will probably be building another soon! Though I hear a v2 is coming so I might wait to hear more about that.